If I could have a television play only two channels it would be the NFL network and the History channel – the latter strictly for Monsterquest.  Whether you believe in Bigfoot, Nessie, Ogo Pogo, King Kong, the Penis Monster (I made that last one up) or whatever else may be out there, Monsterquest is a fantastic show.  Here are 5 life lessons that I’ve learned by watching it:

#5) Everyone Likes A Little Mystery 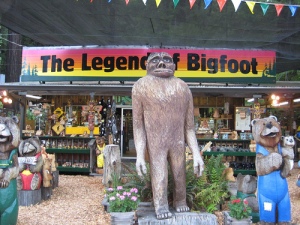 Wherever you go, the local population will have some sort of legend.  Scotland has the Loch Ness Monster, Lake Champlain has “Champ”, and people in snow have yetis and snowmen that smell abominably.

We all like a bit of mystery  in all aspects of our lives.  Of course, if you watch Monsterquest, they hardly ever (yes, I’m implying they have at least once) catch the monster they’re looking for – why?

Because most of them don’t even exist.  We know they don’t exist, but we like the idea that there is something out there that can peel our faces off with claws the size of steak knives…because we’re sort of silly like that.

Humans are smart individually, but as a group we can be herded like cattle.  The fact that we all love mysteries pulls us into a common group that loves the idea of something that only surfaces once in a while and is monsterish in origin – like Lindsay Lohan.

#4) Some People Are Just Hairy 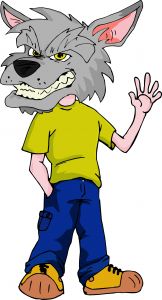 You’d imagine that a show about monsters would have vampires, werewolves, dragons and such.  You’d be right.  But again, they’re not real.

It’s a physical impossibility for a wolf and a human being to bang and have a wolf-kid.  That being said, there is a  “disease” called lycanthropy, which is basically a way of pretending to be a werewolf with werewolf tendencies and getting away with it.

Being diagnosed with lycanthropy doesn’t mean that you turn all hairy and run through the forest and wake up naked with a mouth full of stranger – like Lindsay Lohan.  No, it means that you can go into a doctor and claw at him and get diagnosed with it, then you either get thrown into a mental institution or you just get permission to tell everyone you’re a werewolf because you have a doctor’s excuse.  Trust me, once they start prescribing Oxycontin to cure lycanthropy, we will see a stark uprising of teenagers growling at people.

Do werewolves exist?  No.  Do weird people exist? Yes.  Do hairy weird people exist? Yes.  Some people are just hairy.  So much so, that the only term used to describe them is “werewolf”.  Not to say that a hairy person is weird…or a werewolf, I’m just saying that there is a small combination of people who are born as hairy as a dropped muffin and just weird enough to realize that they can play the whole, “Hey, I could pass as a werewolf!” card.  But what are they really?  Just hairy pranksters…that’s all.  Sleep tight.

#3) People Will Go To Extremes To Trick You 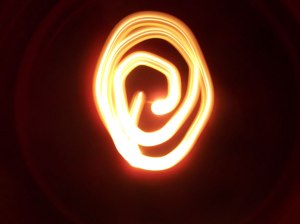 If you’ve ever seen The Surgeon’s Photo,  a photo of the chupacabra , the jackalope or even this odd creature, you’ve seen a fake monster…they’re all either human or human-created –  believe it or not.

I will attack The Surgeon’s Photo as I’ve already done plenty of research on it.  This prank went on for around 80 years before it was revealed to be a prank.  Hell, even the guy that did it died without ever telling anyone.  Revenge is a hell of a thing.  Give revenge some wet newspaper, glue and a toy submarine and revenge turns into a prank that tops antiquing.

Remember the Patterson-Gimlin film?  Whether or not you believe it, that was nearly 50 years ago and the guy filming it (Roger Patterson) died a few years after the filming…swearing on his death-bed that it was real.  Ironically enough, a man named Jerry Crew found some gigantic footprints on a construction site mere miles from where that video was taken.  He also found the tracks on Ray Wallace’s construction property some 10 years before the video.  Ray Wallace was a “serial planter of giant footprints” according to his cousin that helped him.  So either Bigfoot is real, or Ray Wallace started one of the biggest pranks ever and passed on without telling anyone – the latter of which seems more feasible.

#2) Make The Most Out Of Your Opportunity

Whenever a monster or creature is spotted, its spotted by a witness.  Being a fan of every Monsterquest episode ever, I’ve come to the determination that there are two kinds of witnesses:

2) The person that probably saw Bigfoot 11 times, Nessie 3 times and had sex with aliens no less that 4 times

People want their 15 minutes of fame, period.  If a big time show came to interview me after I reported seeing “something odd” in the forest, it’d be fairly easy for you to get me to go off on how I saw a Bigfoot – as long as you kept me in front of the camera and made me feel like I was an authority on the subject.

One particular episode was about werewolves and a witness had spotted an “upright walking wolf-type creature”.  The man was interviewing and wearing a shirt that said “I survived the wolfman” and he was a local artist who created a likeness (in form of marionette wolf) of the creature he saw.  The puppet (unsurprisingly) had blood falling from its mouth, looked evil and of course, was probably for sale.  This was made to help him “cope with the trauma” from his experience…and his experience was seeing a werewolf at noon sitting on a log as he was driving by.  The only way that would be less traumatic and threatening would be if the creature was eating a sandwich.

But you have to admit, this guy took full advantage of his small (and probably only) interview ever and decided to throw in a little exposure for his scary puppet business.

Check out this pelican eating a duck.  It’s almost as if he saw the camera and thought, “I can make youtube”  then ate a duck.   Better yet, check out this crocodile chowin’ down on a zebra…and that guy was just hungry.  It’s like getting the munchies and making a 900lb sandwich to eat throughout the day, but with murder.

Point being, we think of monsters as figments of our imaginations…something that doesn’t exist that looks ugly as fuck (thought I was going to do another Lohan, huh?).  Well, pretend society took away television, radio, boats, planes, cars and carriages.  You’d pretty much be in tune with your immediate location but places overseas would be foreign.  Depending on where you lived, you wouldn’t know what a crocodile, shark, pelican, mountain lion or Russians looked like.  Imagine seeing one for the first time…you’d probably call it a monster – especially if it landed, ate a duck, then flew away.  We just don’t refer to animals as monsters anymore because we know they exist, simple as that but they do exactly what the things we call “monsters” would do – be scary and eat people (including you).

Trust me, once we find a Bigfoot it’s a matter of time until he legally changes his name and wears a suit to work, becomes numb to his job and the Government fucking him on taxes.  He’ll be just like the rest of us, monster or not. 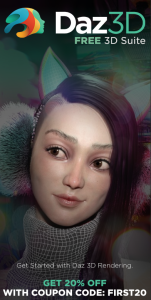